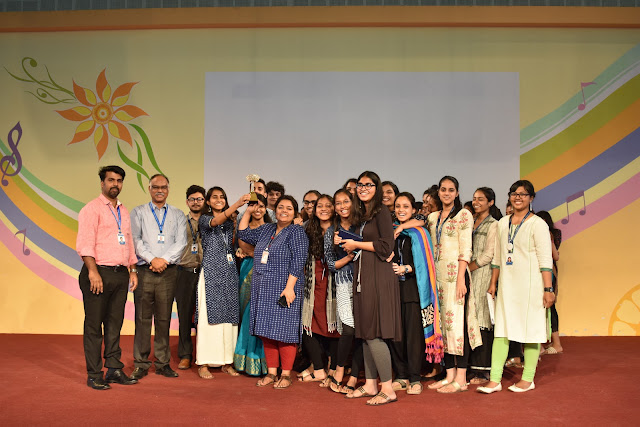 September 2018 saw the successful completion of yet another year of Sambandh. While the overarching meaning of the fest revolves around the word ‘Sambandh’ meaning relationships, this year focused on the concept of ‘Identity’. The events began on the 14th of September and was concluded with the valedictory and cultural events on the 19th of September.

Connect the dots was the first event which was on the 14th of September. In this event participants were given two words which had to be linked in a meaningful way and presented in front of the judge after a given period of time. There were many interesting responses connecting the words through movies, songs and common uses. The words ‘Origami’ and ‘World War’ was connected with the fact that both ‘Origami’ and ‘World War’ requires precision and careful execution of steps. Even a small mistake can cost a lot in how the final picture turns out to be. This event signifies the ability to tap into meaningful relationships between seemingly random words.

Diss the Myth was also conducted on the 14th of September. In this event participants were given common stereotypes which they had to break by performing an act. This was a team event. Participants tried to portray the stereotypes of gender through unique and interesting acts. This event signifies the ability to think about our current social issues of nuance and be able to break away from certain age old practices.

Treasure Hunt was conducted on the 15th of September. This is a fun-filled event which saw the participants crack the clues and get the prize. The event was filled with enthusiasm and teamwork was key in connecting the dots and finding the location. It saw the participants start from Block 1, go to kiosk and then find their way through a series of clues to Just Bake where the final prize awaited them. Mobile Photography was an event that was conducted online and the participants had to submit their photographs on the web and the theme was Identity. 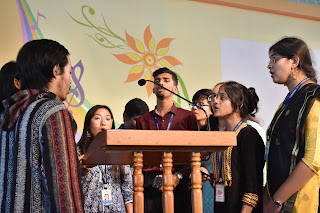 Switch was the next event which was conducted on the 17th of September. In this event, participants were given a theme for a story and for a poem and a team of two had to work on each of those topics. After a certain amount of time, they would switch their work with their partner and attempt to complete their partner’s work. The prompt for poetry was - “a treasure chest of possibilities” and the prompt for the story was - “It was the last working day of college when I realised …”. The main theme was Identity. This event saw participants explore their creativity in constructing beautiful stories and poems.

Clothes to Canvas was the event that was also conducted on the 17th of September. The participants were encouraged to explore their imagination and creativity to bring to life pictures that symbolise Identity. This marked the end of all the competitive event of this year’s Sambandh.

The valedictory ceremony along with the cultural programmes were conducted on the 19th of September. The programme started off with the invocation song which was followed by the Sociology Association President’s address about the overall event. The chief guest - Imminent professor and former guest lecturer at the Institute of Social and Economic Change gave his address about the application of subjects in real life and he shared his expertise in understanding various societies like communism. There were poetry presentations by students on the topic of Identity. This was followed by the cultural programmes of song, dance and cosplay which was a treat for the audience. The programme was concluded with the prize distribution for the various events conducted. The class with the most points for participation and performance - III PSECO - won this year’s Sambandh. All the awards were presented to the smiling faces by the Head of the Department of the Department of Sociology and Social Work Dr.Victor Paul. 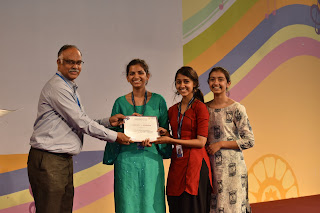