2013 is celebrating the International Year of Water Cooperation. The Department of Sociology has taken this as the central theme for their annual Sociology festival ‘Sambandh’. A range of events like news letter making, creative writing, quiz, were held during July-August 2013. 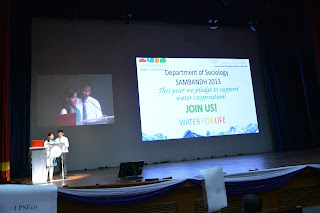 The finale was on 23rd August 2013 with a panel discussion on Water Cooperation. The event was kicked off with the screening of the documentary “Damocracy”, which debunked the myth that dams are a source of “green” energy. It showcased how dams can be a threat to not just the environment but also how they are a threat to culture, heritage and community. It showed the real life examples of the Belo Monte Dam and the Ilisu Dam. This was followed by the recitation of a “Letter from the Year 2070” which spoke about the perils of water consumption without checks. 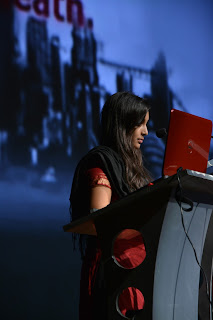 The invocation ceremony for the event was particularly unique. Instead of the regular “lighting of the lamp”, the dignitaries and student’s representatives poured water into a cauldron to symbolize the need for cooperative efforts to save water. 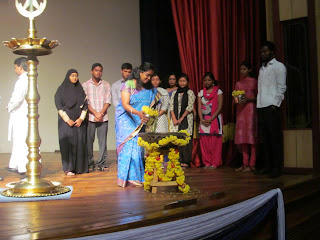 The inaugural dance by the cultural team of the University was a spectacular program! 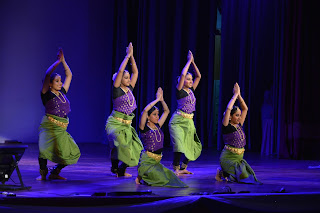 Father Jose C C, Director, Department of Sociology delivered the opening remarks to mark the start of the finale of the festival. 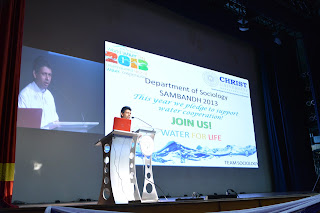 Shreya Murali of II EPS led a pledge taken by the students to save water and to use it judiciously. 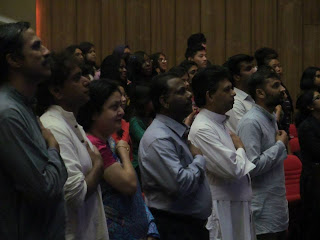 The first speaker for the Panel Discussion was Mr Sharachandra Lele from ATREE who spoke on how water cooperation is dependent on good water governance. He pointed out how humans interfere with the water cycle and emphasized on the fact that water governance should take into view three factors-equality, fairness and sustainability.  He also talked about the importance of understanding the science of water in order to study it using social science.
The second panelist, Mr Deepak Malghan presented his views about when hydrology becomes social hydrology and how large cities affect and modify the water cycle. He pointed out that socio-economic and political factors affect it too.
After Mr Malghan’s speech, Ramya and Anupama of I MA Applied Sociology spoke about water conservation initiatives by Christ University. They talked about the role played by Centre for Social Action (CSA), the Waste Water Treatment Plant in Dharmaram Campus and the Rainwater Harvesting in Kengeri Campus.
Dr Kshitij Urs of Action Aid gave the concluding address of the panel discussion. He emphasized that water is a source of power. He criticized the faulty, unfair and contradictory policies adopted by the Government and privatization of water, claiming that it is anti-democratic.
After Dr Urs closed the Panel Discussion, a short interactive session was led by the moderator Dr.Tony Sam George. 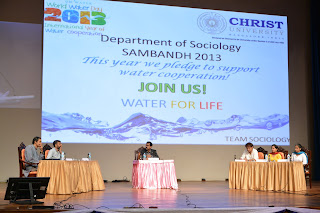 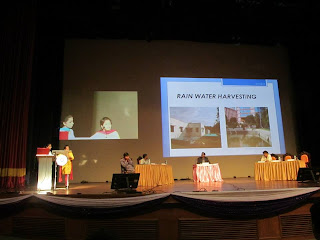 The prizes for the different events conducted for Sambandh 2013 were given out by Prof. John Joseph Kennedy, the Dean, Humanities and Social Sciences. The runner up for the Class trophy was II PSEco and the winner’s trophy was bagged by I EPS. 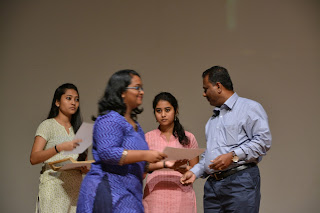 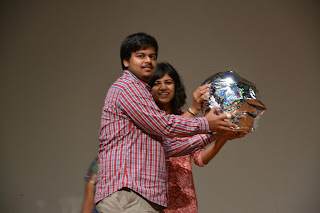 This was followed by a cultural program which included a solo dance performance and a group song, both by students of II PSEco. The Dean of Humanities and Social Sciences, Dr John Joseph Kennedy gave the closing remarks of the event. He reiterated the need to pursue water conservation and cooperation efforts. 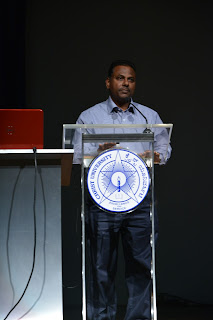 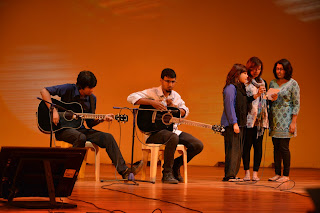 The finale dance by the students of I EPS was a visual treat! The event will go a long way in setting the tone for socially responsible behavior for the Christ community. The Panel Discussion was highly erudite and made us question and think about issues related to water around us, infused with a perfect amount of entertainment and fun! 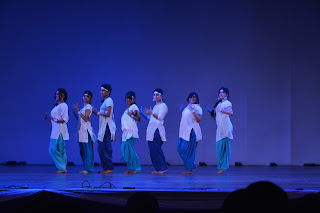 
I EPS
Posted by Department of Sociology at 22:34