An Interactive Session with Dutch Minister and Diplomat Sigrid Kaag 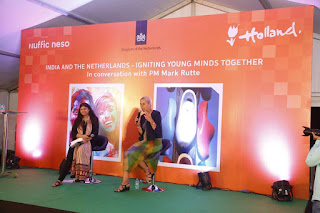 (Image from Nuffic Neso)
Nuffic NESO (Netherlands Education Support Office) India had organized an interactive session with the Prime Minister Mark Rutte of the Netherlands, to be held on 25 May 2018 at The Taj West End. Unfortunately, due to an emergency meeting, the Prime Minister had to fly back home. However, the question and answer session still took place, with Minister for Trade and Development Sigrid Kaag replacing the Prime Minister. Minister Kaag has previously worked as a diplomat, and with the United Nations in various capacities.
The event was attended by about a hundred students from IIM-B, IISc, IIIT and RV College, and five of us from Christ University. Each of the participants was required to prepare a question, which they would get the chance to ask the minister. The atmosphere was very relaxed, and the programme began with a couple of icebreakers, and a quick quiz on the Netherlands, with free goodies for those who answered correctly. 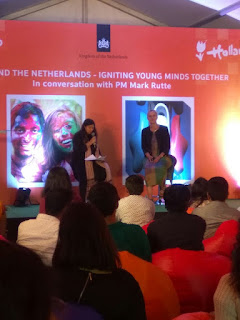 The session with Minister Kaag lasted about half an hour, and she was able to take a dozen or so questions, on topics ranging from education to traffic, technology, environment, economics and human development. The entire programme was also broadcast live on Nuffic NESO’s Facebook page. Several Dutch and Indian diplomats were also present at the programme. 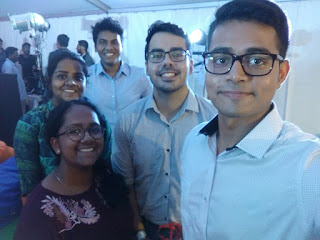 The entire session was very insightful, and all of us who attended had some take away in the form of information about Indo-Dutch relations, world development and opportunities to study or work in the Netherlands. There was also a high tea arranged for all the participants at the venue.
Posted by Department of Sociology at 20:19