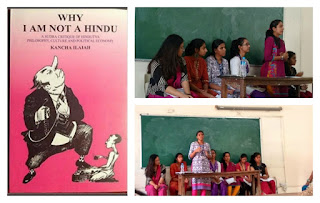 A presentation was made by a group of students from PSEco on the much discussed and debated work of Kancha Ilaiah, titled Why I am Not a Hindu. Each one of the group members took a few aspects of the book and explained them thoroughly – starting from the status of women among the dalit bahujan society in contrast to the relatively oppressed status of women in the brahminical society; to the stark difference between them and the mainstream Hindu society with respect of modes of worship or deities. Not only this, they were also able to bring out the passion with which Kancha Ilaiah wrote this book, and the passion with which he believed in his ideals. All in all, it was a very informative and well structured presentation.
Posted by Department of Sociology at 21:58 No comments:

The academic year for 2016 – 2017 has been enriching, thought provoking and fulfilling for the undergraduate students currently in their sophomore year. 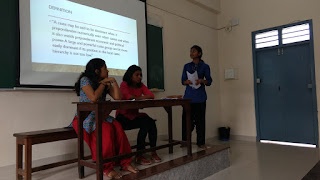 The academic voyage began with an odyssey through the budding years of classical Sociology with the founding fathers August Comte, Herbert Spencer, and Emile Durkheim. As a scientific study of society its essence resides in Critical Thinking, thereby the sea of Marxist ideas and Weberian ‘Verstehen’ paved way, encouraging divergent thinking, as opposed to the mainstream structural- functionalist approach. Collectively, by the end of the third semester the wide array of theoretical perspectives enriched pre-existing knowledge about the discipline while exposing the pupils to newer concepts and stirring ideas. 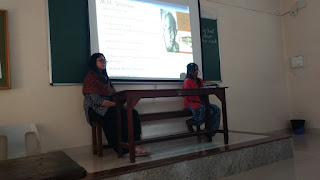 On the other hand the consequent semester focuses on the Study of Indian Society. As a result enabling the students to contextualise the former Eurocentric discipline and situate it within the context of India; understand the emergence of Indian sociology in relation to Colonial Anthropology, Orientalism, Indology; subsequently countering colonial constructions and conceptualisation concerning the nature and composition of our Pluralistic society using Marxist and Subaltern perspectives. 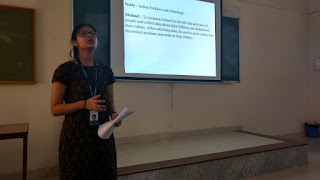 While the curriculum offers room for debates and classroom discussions, the unique and non-conventional approach adopted by our professors enhanced consumption of knowledge. All students belonging to 2nd PSEnglish, 2ndPSEconomics and 2nd EPSociology were encouraged to participate in panel discussions, shoot documentaries, and deliver presentations on pre-planned days. This along with our Continual Internal Assignments engaged the pupils in the course while also teaching them values extending much beyond the curriculum. 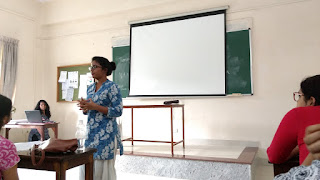 As actors and members of society, roles are introduced and assigned by institutions, while being internalised by individuals. Although a generalisation it isn’t very misleading to assume that a significant majority of the pupils are very likely to join the workforce soon after.

Hence acquiring and enhancing one’s communication skills is an important part of academic training. Committed to our University aim ‘Excellence in Service,’ our professor’s encouragement ensured active participation and engagement among students. Weekly presentations and panel discussions bestowed on many an opportunity to overcome stage-fright, anxiety or social shyness, while simultaneously stimulating an engagement with the content of the curriculum. In addition, it also stimulated learning by the process of peer education. 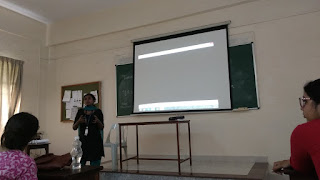 Such activities instil values of solidarity among peers while engaging in constructive tasks or common group goals. Therefore latently equipping and exposing us to quasi- work atmosphere and ethics while working collectively, and representing ourselves as a unit. It has also been an experience for us to observe operating group dynamics and means of conflict resolution under tense situations. 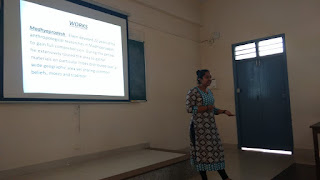 Furthermore, the two seminars conducted by the Department of Sociology during the due course of this academic term provided a forum for students to voice their concerns regarding further studies and receive guidance from peers belonging to the Christ family; evoking zeal and inspiring the youth to actively participate in bringing about social change. 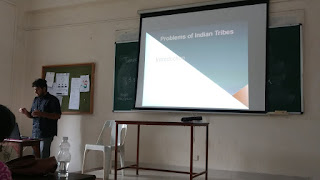 The nature of Sociology as a discipline is such that the “philosophy of Praxis” is a key ingredient which when absorbed expands Sociological Imagination. 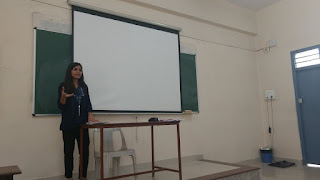 In conclusion the pedagogical methodologies undertaken by our Professors really enhanced the curricular experience for us students, encouraging us to question Indian social reality in the modern context as well as the colonial meta-narratives that continue to prevail and operate latently. 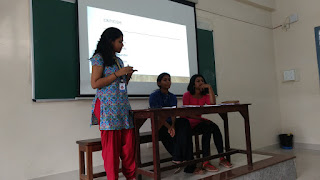 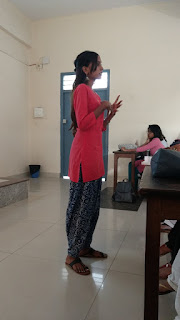 As students of second year we were both thrilled and nervous when we were given the opportunity to present on a large variety of topics in our class. This opportunity was first of its kind as it was not part of any assignment instead it was included as an integral part of our classroom learning process itself. The opportunity gave us a chance to expose ourselves to the thoughts of great thinkers like Auguste Comte, Karl Marx , Emile Durkheim and Herbert Spencer as well as relive the extraordinary lives that these men lived . Not only did students in our class learn about their lives and struggles but also their contribution to sociology and their fascinating ideas on topics like suicide, bureaucracy ,social Darwinism, positivism, etc. We also dealt with various books like Protestant Ethics and The Spirit of Capitalism, Communist Manifesto, Rules of Sociological Methods, etc. Some other fascinating topics that we had the chance to present on were sociological imagination propounded by C.W.Mills, theory of surplus value, organic analogy, sociology of religion, etc . Thus with these presentations we were able to have an enriching learning experience and were also able to gain various skills like public speaking, teamwork, etc. We were also able hone our researching skills. We are truly grateful to the Sociology department for incorporating such a worthwhile learning experience into our curriculum.

The Fourth Semester of our Sociology course was an interesting dive into the Indian Realm of sociology.  Our Professor helped us brainstorm into the vastness of the subject. We were divided into panels and were asked to voice our own findings and constructive opinion about them. We as a class would collectively talk about great Sociologists  like M.N. Srinivas, Louis Dumont Nicolas Dirks and Andre Beteille. Students gave a detailed account of origins of Indology and the Sankrtization of the lower caste’s in India. They also talked about the Westernization and modernization and its impact on the Indian society. Caste became an important topic of discussion as the panelist’s ventured into the different branches of caste like dominant caste and other sub caste. We did a detailed account on the Indian villages we traced the history of villages in India since Vedic age. Our panelist’s covered the idea of Villages as a self -serving Republic. Remembered Village by Indian Vanguard of Sociology M.N Srinivas was also covered in detail. Tribes of India formed another core concept pf the paper where our panelist’s discussed the tribes in India their distinct characteristics, way of life their problems. Tribal zones and welfare programs were discussed in detail. In conclusion this semester has made us aware of the complex Indian society and what makes this country a sociological paradise.


Posted by Department of Sociology at 19:39 No comments:


On the 23rd of February, 2017, one of the last few days of the Social Responsibility week our class, final year students of PSEco took up the responsibility to spread awareness on Human Trafficking and the harmful impacts of having such a social reality in our society.


The class had come up with three major ideas to spread awareness; put up a street play, read out an original poem on the ills of trafficking and rally from the first block of college to the second block shouting out slogans to spread awareness on the same. 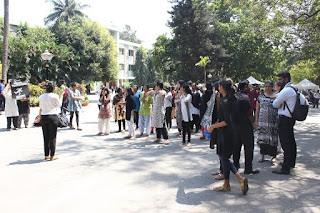 At 1:15 pm sharp, a group of 50+ students assembled and gathered a commendable crowd to listen to their story on trafficking and the harm it caused our society. The class of PSEco rallied from Block I to the entrance of Block II and back to central block, where they then performed their street play. 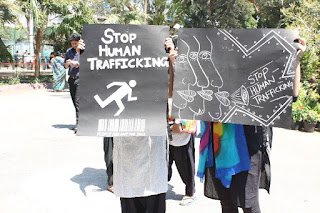 The street play dealt with the theme of how anybody could be practicing trafficking of humans and how society and most importantly us, shouldn’t look at the world with tainted glasses and learn to be more aware, informed and proactive in situations such as these. 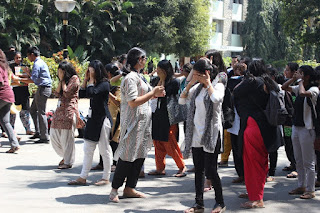 The event ended with a bow from the students and a few other people distributing pamphlets to make people aware about the responsibility they equally hold in society, to stop human trafficking.


Posted by Department of Sociology at 23:16 No comments: