Theatre of the Oppressed: An interactive session with Mahua Tripps

Mahua Tripps, a team of two social activists and artists- Arundati and Shobha visited the MA Applied Sociology students on July 8, 2016 to conduct a workshop and interactive session regarding tribal life and society. This was based on their experience from February last year when they had got an opportunity to visit the Niyamgiri hills in Orissa. They focused particularly on the Kondh tribe, the inhabitants of the Niyamgiri Hills and their fight against Vedanta, a multinational mining company and the Orissa Mining Corporation. 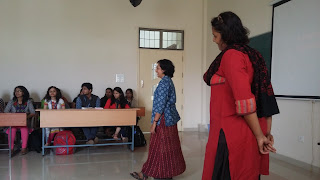 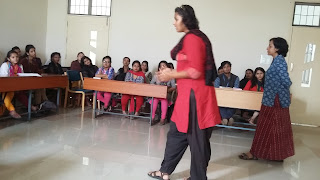 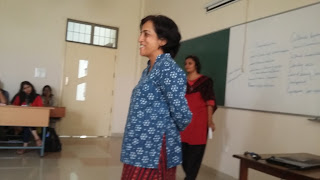 They began the session by playing a short video they had created while in the hills during a festival that happens annually in the month of February to celebrate the movement of the people against Vedanta and Orissa Mining Corp.  The movie, called ‘Journey to Niyamgiri’ was a moving set of visuals that transported the class to the hills in Orissa with the music, the songs and the words spoken, so strong. After the screening, the class was told about the facts surrounding the problem; the tribal people who would be displaced, the $2 million worth of Bauxite that was being planned to be mined, the rights of the tribal people and how drastically their lives would change if the mine were to be set up in their hills.

A question round was held for 10 minutes where many students asked Arundati and Shobha about their experience with the tribal people, the first time they met versus the time when they left, the daily functioning of the villages, how the presence of Vedanta affected them, the movement itself, psychological effects of the intimidation and dangers that they face, occupation, International and Indian Media attention, formal education and cultural education. The question session soon turned into an open discussion with many people voicing out opinions and also, understanding a different kind of reality than their own. Next, a list was made on the problems the class thought the people in the hills faced. The list had a variety of problems that one could easily point out and others that took a little more of time, namely Marginalization, Loss of home/safe space, loss of trust in the ‘outsider’, Cultural hegemony, ‘democracy?’, Cultural Imperialism , Identity Crisis, Lack of security, constant threats, the idea of development, repression, human rights, lack of media coverage.
The duo had planned a set of activities for the class and the first activity had a lot to do with interpretation and imagery. In this activity, all the students were asked to form a circle, with each one coming ahead and forming an image in quick succession. All this with just the use of one’s body, and no words spoken.  The idea of the activity was to understand how people interpret something and give a response, and also to understand that language is no real barrier. The students also realized where their comfort zones were and a small peak into the bystander attitude when no one stepped up to respond to an image created by another student.
In the second activity, the class was divided into groups of six and every time Arundati announced a word, all groups had to form an image together but without directing one another, and without speaking. The words that Arundati used were ‘Culture’, ’government’ and ‘marginalization’. The images that were made by the groups were interesting and diverse, with each group representing the ideas and beliefs that they held personally, coming out to be a part of the image. 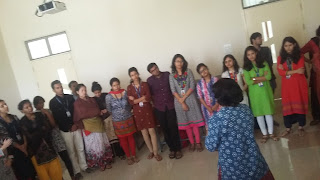 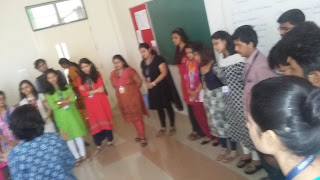 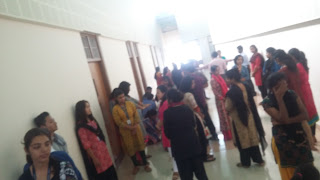 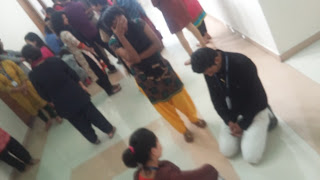 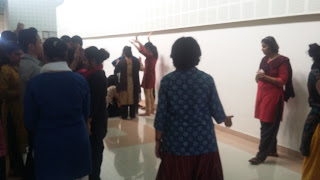 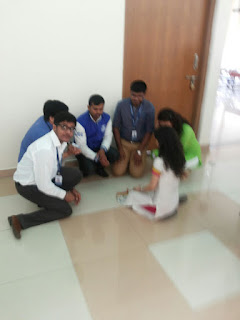 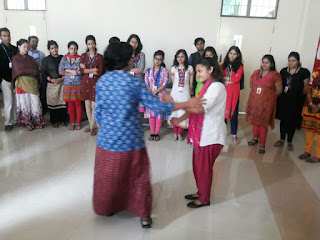 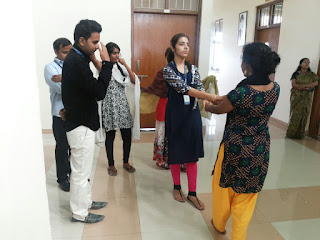 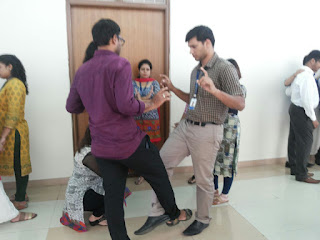 After both the activities, the class was asked to share their experiences and learning from the activities. Some of the common phrases and words that were spoken were – different aspects of one concept, the willingness to cooperate, consensus and creativity.
To conclude the session, Arundati and Shobha, who are both performers and theater artists as well performed a song of the Kondh tribe, the lyrics of which they displayed on the screen for the rest of the class to follow. The video of this exercise is available at https://youtu.be/QFRZ1trEQLc.
The class was awake, this Friday morning, in music and learning.


You can find their work on https://mahuatripps.wordpress.com/

Posted by Department of Sociology at 20:19